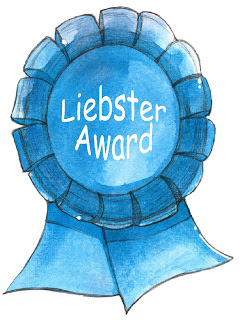 I've been ill but getting okay.

Didi gave me this award. Thank you Didi,you like to be awarding me anyhow.
http://http://didis-view.blogspot.co.uk/?m=1
:*.

He asked some one kind question like that! Rme.
Answers.
1) Didi, did this your question come from Questionnaire on twitter?
2) Swimming isn't for figure,its for longevity, what lives longer than the whale? Get your facts jor. :p
3) Drs leave when you change to make you know that they respect your privacy. Its a ritual.
4) They wake up to eat or because they are uncomfortable, you that even if legions of mosquitoes bite you,you no go wake,you be baby?
5) Watch 3 Idiots.

Didi, don't ever compare your troubles to mine, you hear!
I'm passing the award to the following.
Yellow SiSi Unspoken.
MsJB
LadyNgo
And whoever is interested.
Just one question! Money or Love?
Xoxo!

The dusty black maria pulled over roughly at the front of the Ikot Akpan Abia police station. Ini was jolted out of her sleep as tires screeched and doors opened rapidly. She couldn’t believe she had slept, when was the last time she slept? She heard the police officer that had taken her from the court giving orders to someone about receiving the new inmate and treating her with care. She was the new inmate. She understood why she should be treated with care. She was a highly classified criminal. She had been blindfolded from court and didn’t know where she was. She felt tears nibbling at the corner of her eyes but she held herself. If tears could save, she would have gotten freedom to last her through eternity and the next.

The owner of the voice dragged her by the arm out of the car and shut the door. She smiled. Everyone shoved her about lately. The sharp rays of the sun blinded her as the dark cloth was removed from her eyes. She tried to raise her left hand to shield a bit of the sun and she realized it was chained. She shut her eyes firmly and allowed the officer to lead her inside the prison. She opened her eyes as they got to the door of the building. Two female wardens stood in guard uniforms and nodded at her, their faces were as cold as the walls of the prison. She was led to an office. A slim frail figure sat in a big chair behind an even bigger desk. Thunderous voice saluted the frail figure.

“Good evening sir” he said in a thunderous voice.
‘’Sergeant Martins, Good evening, is this Iniobong Ekanem, the new inmate sentenced from the federal court?” he asked without looking up as he went through some files.

“Yes sir, she is”
“Ah!! Here’s her file” he said as though he didn’t hear the sergeant’s reply. “Iniobong Ekanem, charged for murder and sentenced to do life here”. He said slowly as he raised his face for the first time and his eyes fell on Iniobong. His face lost its stern glee and he removed his glasses slowly as he stared at her. A common habit with every new inmate.
“Yes sir, she is’’ the sergeant answered again and he seemed not to hear. He slowly wore his glasses again, looked into the file and studied it for a few seconds.
“Take her to cell 6”.
The words hit Iniobong on the ear with a loud clank. She couldn’t hold herself again. She let the tears flow slowly down her cheeks as she shut her eyes firmly and smiled.
‘’Sentenced to life imprisonment”. The words of the judge rang in her ears. She put her head down and smiled. She wasn’t going to cry. Not anymore. These people won’t see how defeated she was and how helpless. No more tears. Tears poured out of her eyes like torrential rainfall on a cold morning. A dark piece of clothing was placed on her eyes, she was grabbed by her arm that had been handcuffed to her back and led to the black maria outside. As she walked slowly, the fetters on her feet dragged across the concrete floor and she let her ears enjoy the noise. She heaved gently as she was pushed into the back seat of the car. She would try to sleep that night she told herself.

“Step inside” Thunder voice said. Her thoughts were jolted again. He had removed the fetters from her feet and the cuffs from her wrist. She rubbed her wrist gently, heaved heavily and then turned, looked into his eyes and said thank you, gently.
Sergeant Martins was speechless. No prisoner ever greeted him or even said thank you. Some even tried to start a fight with him. He simply nodded and allowed her walked into the cell. He locked the metal protectors and stood there briefly to watch her next actions. His regular habit with every inmate he locked up. He will never forget what he saw.
Ini took her time as she stepped into the cell, she scanned the room that was going to be her house forever, taking in every bit of the tiny square dark room with a window at the side. She saw two female inmates grinning at her, they looked type B HIV patients, one said ‘’hi’’ to her as she rose from her 6 spring bed and that’s when it happened, the remaining pieces of Ini’s heart broke. She fell on her knees and let out a loud sorrowful song, tears streaming down massively from her eyes. As she sang she stretched slowly on the floor and wept uncontrollably with a loud voice. The words of the song could barely be heard as she wept and wailed. Unknown to her, Sgt Martins, the frail stern figure at the desk and other wardens gathered by the front of her cell and watched shockingly as she cried and sang. They had never seen such act. Other prison inmates stood behind their bars trying to peep at where the intrusion came from without much luck.
‘’Na this guilty ones dey cry pass’’ the inmate in cell 8 said. Her colleague laughed.
‘’Cobra stop oh, this one is really crushed”

“Aren’t we always really crushed” she replied rolling her eyes.
“Lucifer is by her door”. Her mate said to her.
Cobra as she was called jumped immediately. “you mean, Luci dey for her door”?
“Come and see for yourself”
They struggled to poke their heads from the iron bars to no avail and they turned and gave each other a knowing look, this was no ordinary prisoner.


Hello people, been a while! Who else has realized that its more difficult to blog when you’re idle than when busy? I know sey una no go gree but I’ve realized it.

Anyway, a lot has been happening oh. There was one time “SEX IN RELATIONSHIPS” was trending, bitches where like “you can’t be in a relationship and not have sex”, and novices were calling bitches hoes.

I wanted to blog about it but no time, because when you finish talking the binch will still go and have coitus and the novice will still be preaching “waiting for the right time”. Me, I’m in between oh *blinks lashes*. I no be binch, I no be novice, as a matter of fact, I’m not waiting for the right time or man, me the thought of sex scares me, I’m not ready for it capish!!! I will not go down low until my mind is set. That is my own. So binches keep binching and novice abeg shift.

P.S No offence to the word *binch* oh!

That aside ehn, you see that dream Toin had, it happened to me. I just wish it was with Channing tatum, the man I truly love and won’t mind being his baby mama for free. It was with Davido!!! *shedding river tears*. Someone should hand me bullet, I have a gun! Omo baba lowo, that jumping chicken, I dreamt about him. I went to his house and he was half dressed and drinking whiskey, then we gisted about the weirdest shit ever. Frogs. I can’t even remember what we said. Then he offered to drop me at home with his Lamborghini and I hopped inside sharp sharp. When he got to my house, we played video games and I woke up very angry. Any Joseph on here? Help a sister.

To what I wanted to blog about…. Serial kisser(part 2) girls I’ve kissed, I will postpone it sha. My hands are paining me and there is one Iya something here to massage my mum and I need the off-spa massage too. So na my next post be that. I have kissed 4 girls in my entire existence, wait I think its 6 oh! I am not a lesbian but I like me some eye raising adventures and trips (not journey). So I will let you on that one later.

FYI, girls kiss better than guys. Forget every other story, na prof dey tell you this one. No go cause wahala oh, but if you kiss a good kisser that is a girl, you have little work to do. You will have a full course meal in one kiss and you will be wondering why your guy no kiss you like this sha.
Ok bye bye. Later. Before you people will say Gretel has caused ahem!

P.S. if you are in Uyo, be at the cinema 11-2pm tomorrow and Tuesday! Your bill is on me! Spread the news. Kisses. #teamflowergirl whether you like the movie or not! Chuks is my love and I’m proving it to him. :P:P:P.